This is the poem that inspired The Minotaur Takes a Cigarette Break. 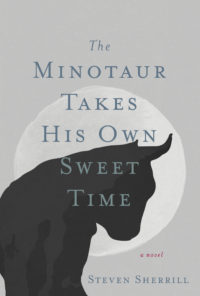