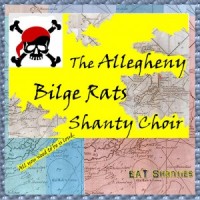 All you need to be is loud. 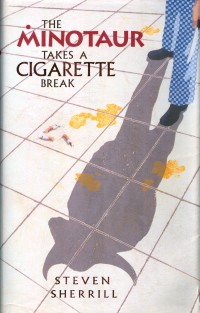 Is there a pattern developing???

So, whose book does Alton Brown mention at the 1:14:27 mark in this broadcast? Mine! Anthony Bourdain blurbed the UK edition of The Minotaur Takes a Cigarette Break (Canongate 2003). Maybe Emeril Lagasse will play M in the movie. 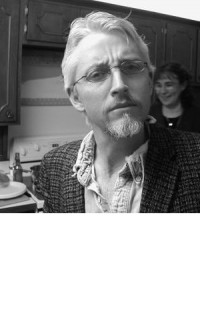 My new novel JOY, PA has been walking the streets, seeking a home, for several months now. Here are some of the closed doors.

“ How spectacular this is. How searing and brilliant. How deeply, deeply dark—and sad. But I can’t quite do it. Being so tangibly in that world is too hard, even for this lover of the darker American realities.

All of my life I have spent, in one way or another, negotiating with desire, bargaining with the psyche to strike a balance between want and need.  Granted, this is a hard won realization; only recently have I come to understand the core of the struggle—how desire profoundly, subtly, often irrationally informs my decision making process—and I am still just as susceptible to its sway. 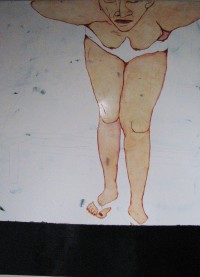 Some things that may have informed my arts endeavor:

I used to think it was important to have a secret.  I no longer believe this. I was raised in an environment where fear dictated choices and decisoins. I am the son of a fearful mother and a father who had no positive male role models in his life.

As with nearly every other form of human expression, the work in What I Did Last Summer functions on several levels. For me, in art/painting parlance, the least of these is the conceptual.  The obvious, and often asked, question is some version of “Why the single breast?”  As a writer and a visual artist, I figured out a long time ago that exploring the why of an idea was counterproductive as a first (or next, or eventual?)

I made this oil can banjo. It’s impossible to keep in tune, and it’s louder when I take the cap off (but the fumes also give me an immediate buzz). And, I wear the dark glasses because I’m nervous. Oh well.    There’s a YouTube link, top right, if you want to see more.